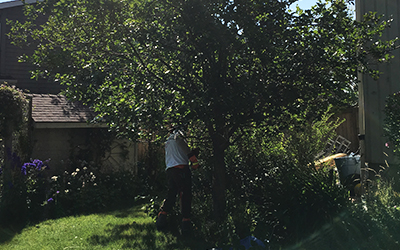 We think shrubs don’t get enough credit. The fact is, most people don’t notice them unless they are messy and unkempt. Otherwise, shrubbery tends to be the unsung hero of your garden or landscaping. It quietly ties things together without overtly calling attention to itself. But sooner or later, the shrubbery will need pruning and shaping.

At Pacifique Tree Care, that’s one of the many services we’re happy to offer. Ideally, shrub pruning should take place from the later part of spring to the end of summer. Having said that, blooming shrubs are a notable exception. The time of year is less important, and it’s more important to have them trimmed and shaped after the flowers bloom, but before the buds are set for the next season. By doing that, you’ll have a greater amount of flowers appear during the following blooming season.

We should also mention that there’s more to pruning, shaping, and hedge trimming than just randomly clipping away at parts of the shrubbery that stick out. For example, if you’re looking to have a shrub shaped to look like a tiny tree, your arborist will remove certain branches located at the base. Doing this opens up the crown of the shrub, enhances the amount of light coming in, and keeps the shrub from getting too large for its surroundings.